I used to be a rock star at getting up at 6am to go to the gym.
Now I'm a roadie for a neighbor's garage band at going to the gym.
And my ass jiggled on...

You Never Write, You Never Call...

Okay, so I need to call myself on some bullshit.   A while back, I stated my intention to write several times a week in my blog only to disappear for, as Ben Affleck's character Ned calls it in Shakespeare In Love, "the length of a bible".

I tend not to write often in my blog unless I need to exercise some less than desirable aspect of my circumstance through to resolution.  I barf it out on the page, muck around in it a while, craft it a bit, hit "publish post" then repeat until I've worked out some of my life's kinks.   But when all is well in my world, I fall off the old writing wagon, so to speak.   I revel in the lovely stuff going on here at the Sugar Shack and I forget to hit send.

So, I just wanted to let you know that I am happy to report that I am happy to report.  Things have really turned around for my little family after the stress of last spring/summer's employment debacle.   The impact of which caused both my hubby and me to take a good long look at whether or not we had actually been showing up in our respective lives up until that point.   And after some serious introspection we discovered, it seems, that we had not.   Been showing up, I mean.   Somehow, Bryce and I had each gotten lost in our roles as parental providers and we lost the connection to what it is we'd set out to do as individuals.  In the haze of sleep deprivation, poopy diapers and work stress, we'd forgotten who we were.   And asking the question, "How am I showing up or not showing up in my own life?" can really lead to a break through of such liberating proportions that one might actually be grateful for the shit storm that caused the recalibration of the course in the first place.  The intended path, once abandoned, can feel so incredibly welcoming when you return to it, much like an old friend you haven't talked to for a while with whom you are able to pick right back up again in the first five minutes of saying hello.  They ask where you've been for the last couple years and you say, "Um, I got stuck in traffic.  I got off on the wrong exit and a couple of jackasses in their beat up Ford Pintos were ahead of me, with their exhaust pipes spewing out lung strangling pollution directly in my path.   They made it difficult for me to find my way.   And then I discovered I had been driving with my emergency brake on the whole time, choking and starting, irritating those behind me who were trying to find their way.  So I took off the brake, changed lanes and here I am.  I'm back and I'm happy to be here."

Bryce is working in his field again (coaching and sales).  He is working with people who respect him and with whom he really enjoys collaborating.   He is delighted to go to work every day and feels so grateful to be making a difference in people's lives again.

And after an incredibly long absence, I am a working actor once more!  I just wrapped a TV movie and a guest spot on a fantastic new series, both of which are set to air next year.   I had a ball on set, had the pleasure of shooting with a great cast and crew and left for work each day knowing that my boys were well taken care of by people they love and who love them in return.  (For me, this makes being a working Mom the only way to be a working Mom.)

Zach and Max are thriving and there are many, many lovely days spent together as a family where we enjoy the simplicity of being who we are in this new chapter we have carved out for ourselves.

I am learning that the more I embrace who I really am, the more reason I have to be grateful.  There is so much to be thankful for in life, especially when we embrace our own authenticity, whatever that might look like.   And it is in the spirit of celebrating being who we are, that I thought I would share the post, "My Son Is Gay" written by a Mom who is ferociously protective of her young son's right to be who he is.   Her words are incredibly compelling, particularly given the rash of teen suicides in the gay/lesbian communities across the U.S. lately, which have resulted due to some seriously sadistic bullying both by teenage peers and the adults who planted in them the seeds of "reject unto others..." to begin with.

I was bullied pretty relentlessly as a kid for aspects of myself over which I had absolutely no control.  It was scary and devastating to go to school sometimes because I didn't know if I would be smacked in the face, beaten up after a school dance, or made fun of in a room full of people for having no boobs.  (I've since developed a full A-cup OR a little something I like to call a small B-cup, according to the long awaited and much more scientifically based, Danish sizing, which is way more accurate in my head anyhow.  So suck on that teenage dirtbag.)  In my experience, bullies are assholes.  So Bryce and I cheered out loud as we read the blog of this Mom who took on a bunch of school yard busy bodies in order to protect her young son's choice in Halloween costume.  (Warning: Bullies come in the most shocking forms, as you will read in her post below.)

You know, when it comes to homophobia for the life of me, I cannot figure out how the offending parties miss the obvious:  That when adults in society contribute to a homophobic climate with their opposition to same-sex marriage or their "It's just not natural" mentality, it shouldn't be surprising when their kids and their kids' friends pounce on innocent homosexual youth armed with sticks and stones and their exasperating and relentless attempts to create the real life sequel to Mean Girls on a daily basis.   As the brilliant comic, Sarah Silverman so aptly put it, "They learned it from you."

Bryce and I both feel quite strongly that our boys (aka: the cuties in the photos below) will reveal to us whether they are gay or straight and our love for them will not be swayed one iota regardless of that revelation.  Being gay or being straight is the same as having blond hair or having brown hair.  It's simply one aspect of a person.  And sure you can always color your hair; darken it or lighten it according to what's acceptable in the times.  But why should you have to?

We constantly shake our heads at "well meaning" homophobes who would presume to step in and "counsel" youngsters against being something that is utterly natural to be, even if the counsel is delivered with good intentions or worse yet, in God's name.

I once attended a church service where the Pastor actually preached that there were certain people not welcome in God's Kingdom: "Murderers, thieves, drunkards, adulterers and homosexuals."  In that order.
I was gobsmacked.  Then I was enraged.  I was completely mortified at the thought of the youngsters in that Pastor's congregation who were beginning to discover that they were different and essentially were told that they, like murderers, were not acceptable.    To me this is the worst kind of bullying because it comes from a trusted member of the clergy and it attacks the point of origin of a person's very existence:  "God loves you.  He just doesn't accept you as you are."   I mean who can argue with that?

I so hope this Pastor has changed his position on the subject since then because the thing is, I quite like him.  He and his wife have been exceedingly good to my family.  And this one prejudicial opinion (which we debated over email after the service in question) just doesn't seem to be in keeping with his overall fabulousity as a person.   I choose to believe he, like others I love, have evolved their thinking on the matter.  Because given the fact that gay kids are being made to feel so completely worthless that they're taking their own lives, it's just downright inhumane not to.

Even still, I imagine that other religious leaders who take to the airwaves to make the "it's against God's will" statements, turn around and absolve themselves of culpability in the gay teenage death count by proclaiming to the masses the old "love the sinner, hate the sin" axiom.  But like an old black and white hounds tooth jacket with a busy and blinding pattern, it hurts the eyes and it just doesn't read well on camera.  After all, gay folks are born homosexuals.  But homophobia is a choice.  An unnatural one.   I guess I've never understood it.  I mean, I know homophobia exists.  I just don't want it thrown in my face.  And I certainly don't want my children exposed to it.   Because unlike homosexuality, homophobia can be contagious.  And if my boys are gay, I don't want them to learn to hate themselves because of it.  And if they're straight, they will no doubt have friends in school who are gay and in the spirit of "It takes a village..." I want those kids to be as free as I hope my boys will be.

A small sense of personal liberation has touched my life lately.  It has really shifted things to a more peaceful setting in my home.  Where before, things felt so awful as we worried about how we would survive, now things feel so very good.  All it took was a little time, a little perspective and the decision to move in the direction of our desires.   As I give thanks for the good times that are rolling along for me and for my family,  it makes me want to wish only the best for anyone reading this who may be struggling with their own identities.   I know how much it sucks to be made to feel that you're not good enough as you are.   But Lovelies, please hang in there.  Because it really does get better.

It is in celebration of the better and of letting go of a false and outdated prophecy that acts against one's true essence that I say to my big boy Zachary every night before bed, "Hey buddy, you did a great job being you today."

And he trills in his tiny high pitched little voice, "Oh ya."
Because he gets it.  Inherently.  And I don't want him to learn anything else.

May light and love be yours today.   I hope you enjoy being exactly who you are.

Thank you for joining me on my quest for bliss,

The main-stage players at the Sugar Shack: 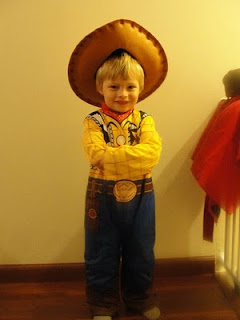 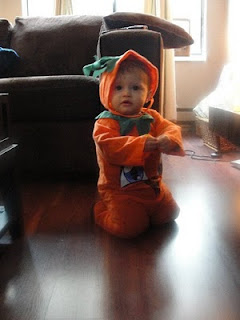 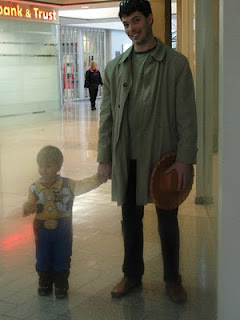 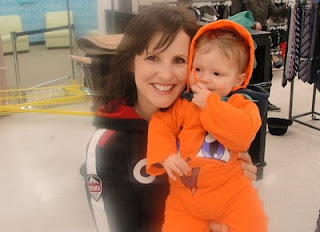 Posted by Happiness Detective at 3:17 AM No comments: